In December-January we travelled over to Bruges to celebrate my 30th birthday when I was heavily pregnant (I was exactly 30 weeks on my 30th birthday!). I looked all over the web for tips for pregnant women but couldn’t find anything at all… maybe it’s too much of a niche subject, but I would have found some information useful so here’s my experience, tips and advice… Obviously my article focusses on travelling to Bruges and Winter time, but most of it would apply to all of Belgium all year round. 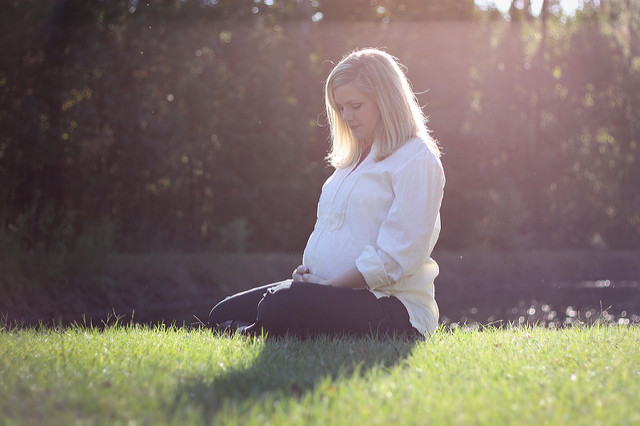 What to pack when pregnant? Pretty much the same stuff, just be a bit more thoughtful when you’re planning. Comfy shoes are vital. Forget your stilettos, no one wears them around the cobbled streets of medieval Belgium anyway. Layers are useful too, as you never know when you might suddenly start sweating or feel incredibly chilly. Bring at least one comfy but pretty outfit or dress too, it’s too easy to just write yourself off as a lump when you’re pregnant and not bother much with your appearance… you deserve to look and feel attractive! I wore a ridiculously overly dressy dress for lunch on my birthday. I even shed some tears while deciding whether to wear it. Then I thought, stuff ’em, it’s my birthday, I’m pregnant and I want to feel like I’m having some sort of a party. So I wore it, while everyone else was in jeans, and I loved it.

Don’t forget to tuck your maternity notes in with your luggage somewhere. Its highly unlikely you’d need them, but if something were to happen when you’d need medical attention it’s better to be safe than sorry.

Most typical Belgian food is fine to eat while pregnant, just remember to get your steaks well done (boo hoo!). Its useful to remember that the European “well done” is often less cooked than the British version, so stress that you want it cooked through. Beer- especially the strong Belgian beers- is obviously off limits. Cheeses and cured meats are popular offerings, especially at the breakfast table. Most restaurants in touristy places have good English menus so you can see exactly what you’re ordering, and if you’re not sure the staff usually have a good enough grasp of English to talk you through the ingredients.

This was something that really worried me about visiting Bruges while pregnant- what was I going to do?! A typical break for us involves wandering aimlessly for hours, stopping for regular beers and occasionally going up a tower, round a brewery or on a boat trip. None of this particularly appealed to me as a preggo and with my racing hormones in the run up to our trip it really did stress me out quite a bit.

When we were there I actually had a really good time and got to see a different side of Belgium than I’m used to. Bars were replaced by tea rooms. I found a lovely easy viewpoint of the Markt while everyone else climbed the Belfry. Things in Bruges that I found were definitely off-limits:

I still managed to fill the days somehow. Here are some of the things I could do:

Any more ideas, suggestions or questions you have let me know and I’ll do my best to answer them!

One thought on “Visiting Belgium while pregnant”